What is the Longest Roll in Craps?

Are you also part of the online craps fanatics that are always wondering ‘what is the longest roll in craps?’ Well, the longest roll in craps lasted for about 18 minutes. The record was set by a player from Denville, in New Jersey – Patricia Demauro. For pulling such a record, she was now named the ‘Gambling Grandma’ and the roll itself is known as the Golden Arm. This is due to the fact that she played for almost an hour, without losing.

Patricia Demauro managed to break the record of the longest roll in the game of craps in 2009, when she rolled it 154 times, the time mentioned above. For this to happen, she was gambling in Atlantic City, at the Borgata Hotel Casino & Spa. 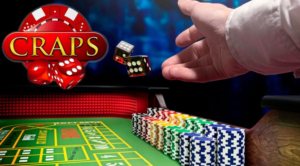 Before Patricia held the record of the longest dice roll in craps, it was held by Stanley Fujitake, who rolled the dice 118 times in a space of three hours, 6 minutes back in 1989. Fijutake held this record for more than twenty years. This world breaking record for Patricia allowed her to be part of the Platinum Arm Club. She didn’t get to reveal the total amount of money she had won from this record, but it is estimated to have been around $180 000.

Just like many of the craps players, you might have been wondering how Patricia managed to pull such a record, however, it’s unfortunately information that she wasn’t willing to share with anyone. But, there’s been gamblers who have spent some time analyzing her roll and managed to get something out of it. 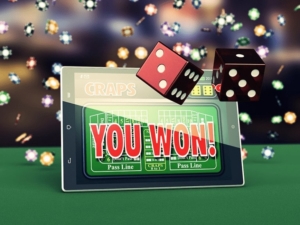 From her 154 rolls, Patricia managed to roll 25 passes from it. A pass line bet is when a gambler’s bet succeeds from their initial roll. That’s what Patricia did, and she did this by not making any ‘don’t pass’ bets either. More so, as you may already know , if you crap out, the roll will move on to another gambler, and in this case, Patricia kept on rolling up until her 154th roll.

Well such big wins are unfortunately very rare and this is why you don’t really get to hear stories like Patricia’s one on any random day. It is estimated that her win alone was one in about 1.56 trillion, so you can already see how hard this might be for you to pull off.  However, that doesn’t mean it’s not possible and that you won’t be able to score any winning, even if it might not be hundreds of thousand dollars.

You can put your luck to test by visiting any of the top craps casinos we feature on our site, you may never know, you might just be the next world record breaker!

Home » What is the Longest Roll in Craps?